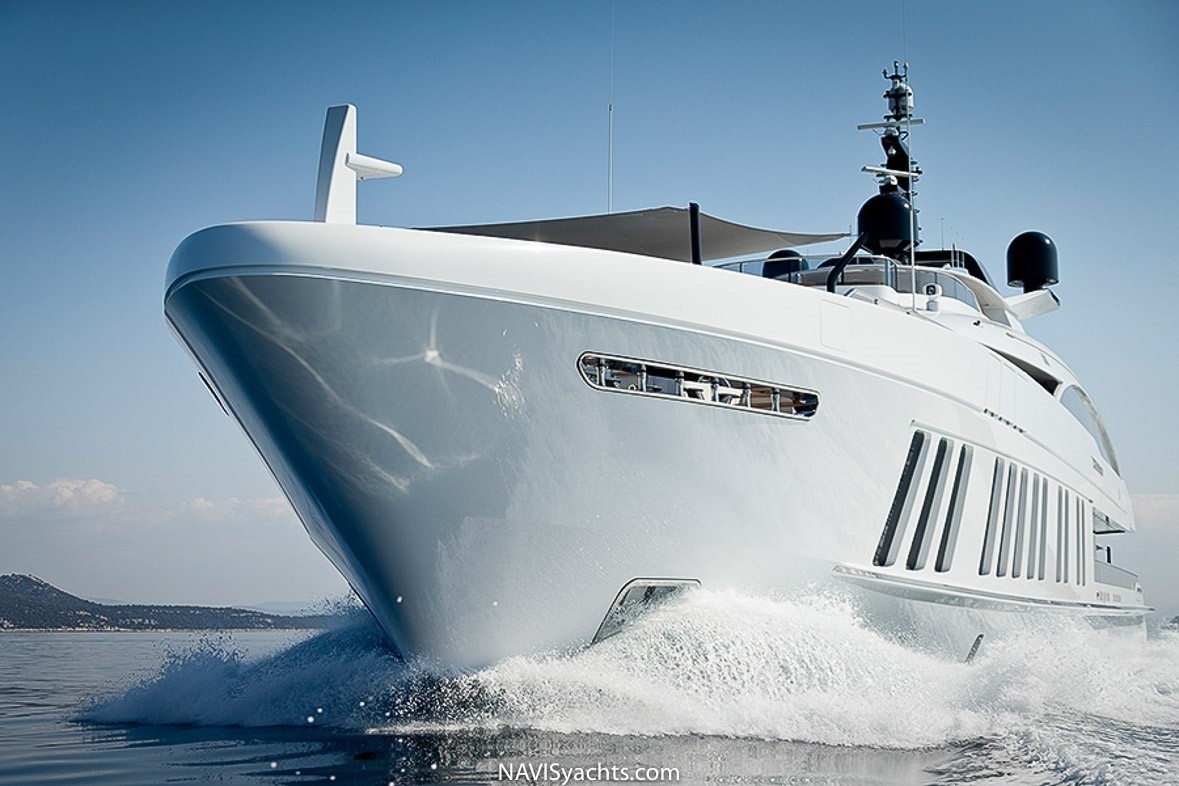 Alia’s Samurai superyacht was initially launched in Antalya, Turkey, in 2016 and was the largest ever launched by the yard. Her beautiful, smooth styling was the result of a collaboration between Dutch companies Omega Architects and Van Oossanen and Associates.
Her luxury, modern interior, was styled by Redman Whitely Dixon (RWD), a British superyacht design team. Samurai was designed to utilize clean, horizontal lines while providing ultra-luxurious amenities, and to create a stylish and fresh ambiance. Sporting an eye-catching profile, the sleek luxury design grabs the attention with it’s run of vertical windows along the exterior and upper deck arches.
Omega’s yacht architects introduced their own specific language in describing the impressive 60m superyacht. Frank Laupman is the founder of the Omega company and describes Samurai as “a design featuring strong horizontal lines, and at the same time, she features an organic evolution of the wheelhouse deck superstructure into the aft overhang of the main deck. Important ingredients for her overall appearance. The yacht has a strong ‘large yacht’ identity, and generally, we tried to combine the clear statement of this new 60m exterior lines with the attention to detail on all levels.” He was on point; Samurai has a bold and stylish exterior that turns heads. 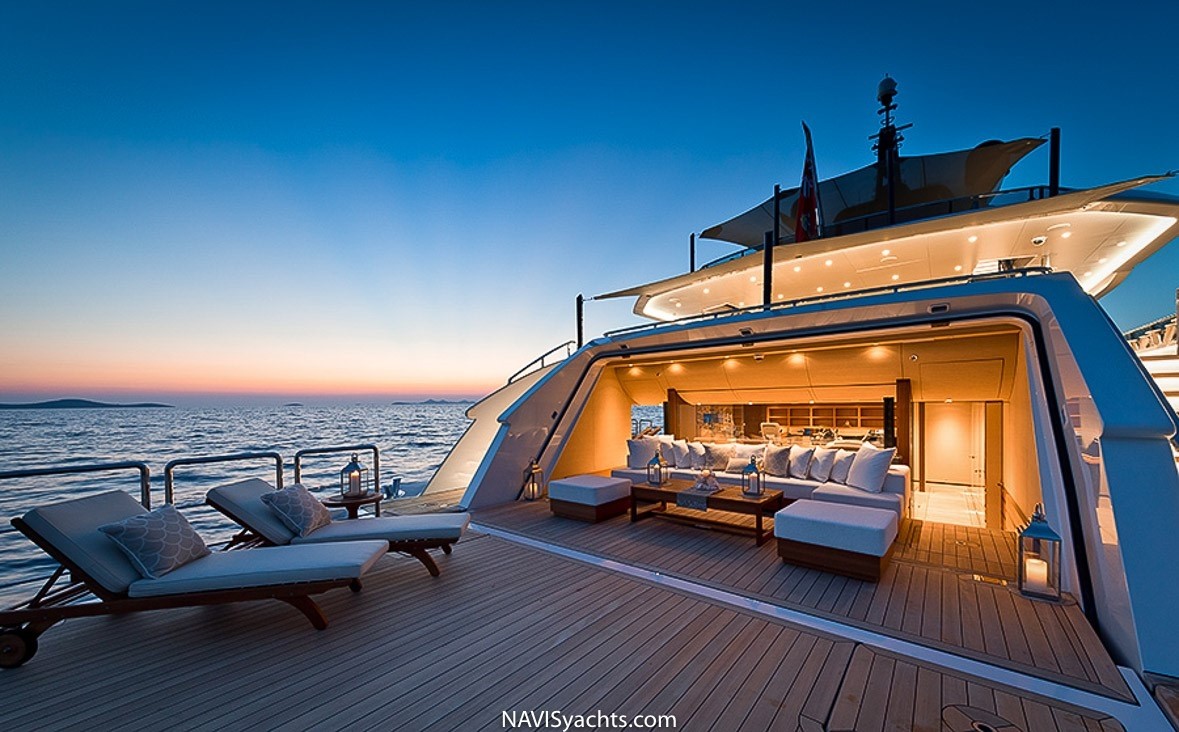 The superstructure of the yacht was created with a purpose, fully sleek low rise profile featuring a host of vertical windows along the length. In terms of performance, Samurai can reach speeds of up to 21 knots, provided by the twin MTU 16V4000 M73L diesel engines, and features a Fast-Displacement Hull Form, which was pioneered by Van Oossanen Naval Architects.
It is quoted as being a ‘revolutionary, patented hull form, achieving unprecedented efficiency.” This efficient hull design yielded favorable results during tank tests in Southampton. She has a maximum range of 4250 nautical miles and the steel and aluminum superstructure features at anchor stabilizers to provide the best possible stability and comfort when at zero speed.
Although first unveiled in 2016, Samurai has had little in the way of publicity, but that all changed recently. The superyacht was showcased to the yachting community at the September’s Monaco Yacht Show, where her top European design was displayed to enthusiastic audiences, and Alia’s superyacht building talents were demonstrated. According to Gökhan Çelik, Alia’s president, who states, “In terms of the overall design and construction quality, Samurai demonstrates what we’re capable of, and I’m delighted we finally have this opportunity to show her off to the yachting world.”
The well-planned and versatile accommodation on Samurai features the best in luxury living with a bright, spacious tri-deck design. The layout has been crafted to maximize space inside the sleek exterior while retaining functionality and versatility, and much of Samurai’s 1050 GT volume is hidden in the hull space due to the minimalistic superstructure.