Seen here in her homeport in Cannes on the French Riviera is the Mulder 94 motor yacht Firefly. Launched in 2015 as part of Mulder Shipyard's Voyager line of long-distance motor yachts, Firefly was designed by Frank Laupman of Omega Architects who drew an exterior shape that resembles a modern classic trawler-style yacht. Her high freeboard and extended foredeck suggest she is capable of crossing heavy seas in comfort. The modern beach house-styled interior is the work of Vickers Studio who decorated the guest areas in an ocean theme as requested by Firefly’s original owner. Underway, she can cover 3,600 nm while travelling at 8 knots and is capable of reaching a top speed of 18 knots under full power. 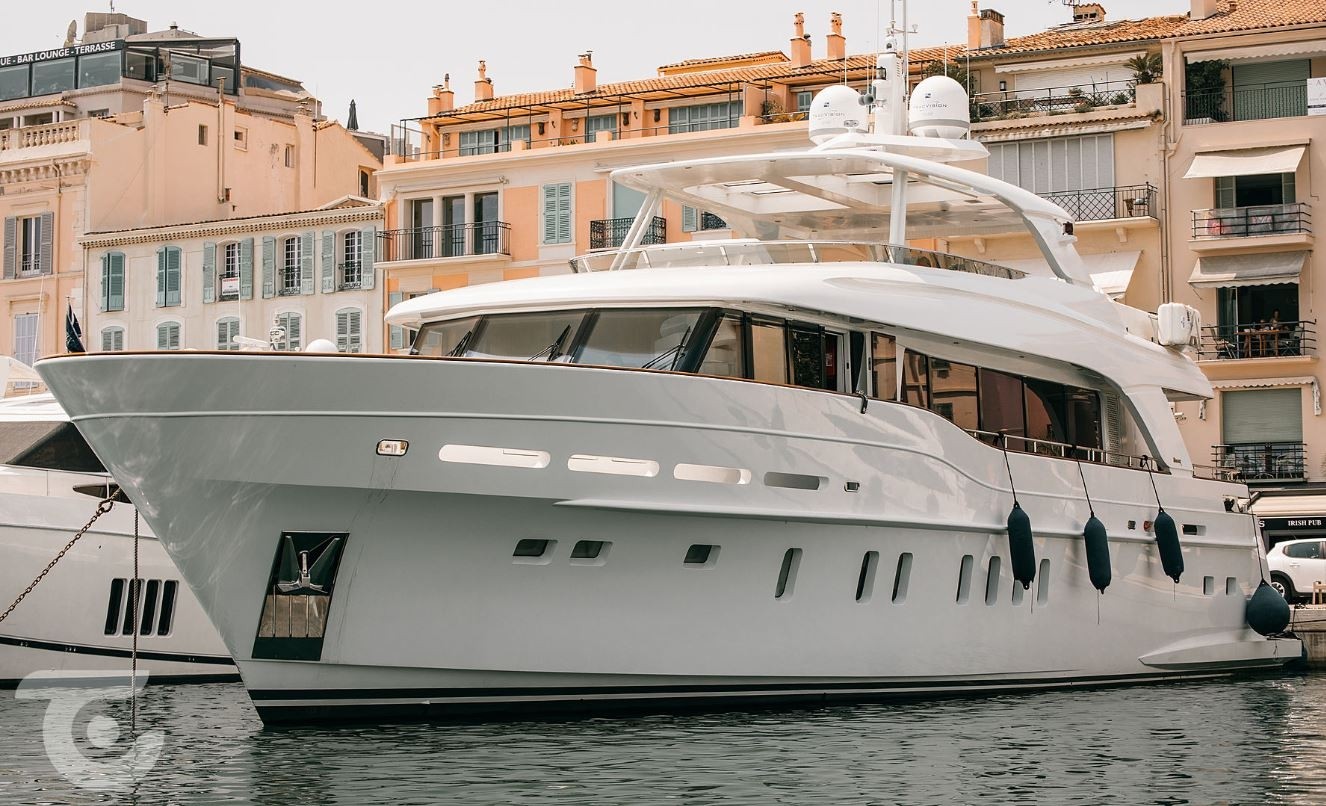