Written by Julia Zaltzman on June 26, 2020 for Robb Report

How This Award-Winning 164-Foot Superyacht Got Smarter—and Greener
Based on Heesen's 2011 Satori series, 'Aquamarine' is sleeker and more fuel efficient, with a much shallower draft than its predecessors. 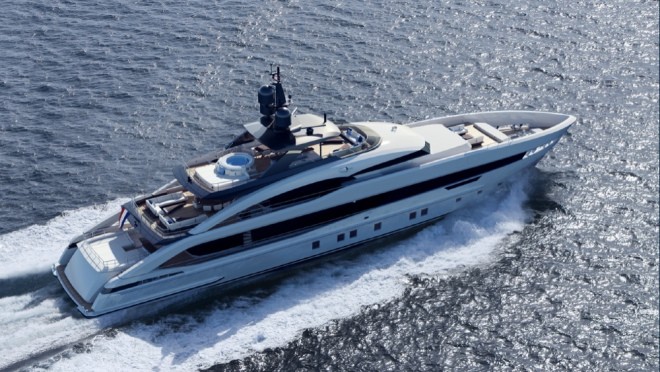 If it ain’t broke, don’t fix it. That saying might sound like simple common sense to an American or Briton. Just don’t say it to a Dutchman, especially one bent on designing and building best-in-class superyachts. Even though Heesen’s Satori 50-meter (164-foot) class was considered top of its class—immediately attracting eight buyers after the model was launched in 2011—the Dutch builder decided to create an even greener, sleeker and more hydrodynamic yacht with a highly catchy, seafaring name.
Aquamarine, which will be delivered early next year, is the first yacht in Heesen’s new 5000 Aluminum Class. Boiled down, she’s essentially an upgrade built around a proven platform. Oh, but what an upgrade.

Naval architects Van Oossanen designed a sleeker and more optimized semi-displacement hull, and Omega Architects created a sportier exterior. The Japanese-inspired interior by Italian designer Cristiano Gatto is sheer elegance thanks to its simple execution, but the simplicity leaves the owners with a blank canvas to customize the important spaces, including the palatial master stateroom on the main deck and four guest suites on the deck below. 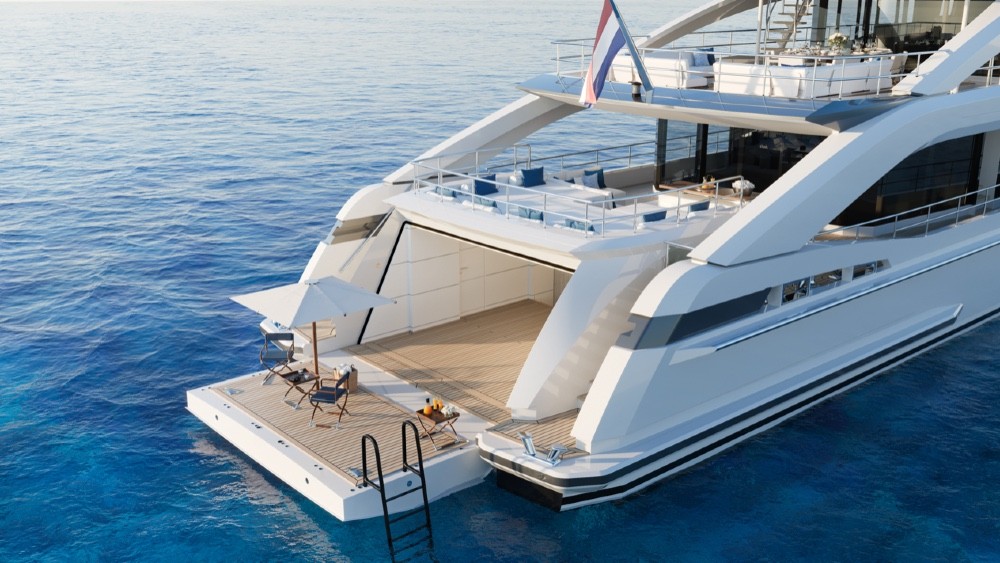 Heesen raised the height of the transom to create a rear space that can be used as both beach club and tender garage. The foldout swim platform adds an extra dimension to enjoying the water.

“We gave the yacht a facelift,” says Thom Conboy, Heesen’s U.S. representative, about the changes in Aquamarine compared to the Satori series. Actually, the biggest structural changes are more akin to a tummy tuck. The 164-footer’s altered running surface includes a significantly reduced draft that makes it a much more versatile cruising machine. “The propellers are tucked up into tunnels beneath the hull, as on the previous design, but we also raised the transom,” says Conboy. “That decreased the yacht’s draft by more than a foot and a half, which makes Aquamarine quite favorable for shallower waters like the Bahamas.”

The raised aft deck, which is finished on top in a collection of sunpads, allowed the designers create a full-height, multi-purpose tender garage that also works as a luxury beach club since it connects directly to the flush swim platform. “It’s a wonderful platform when anchored up somewhere for people to enjoy watersports and a swim,” says Conboy.

On the top deck is an open area for sunbathing and a Jacuzzi, with a hardtop for shade. On the forward section of the yacht is a private nook with twin lounges and a table.

The new hull bottom on this next-generation Heesen went through extensive tank testing to prove that it would be more efficient than the last running surface.

Omega Architects used large swaths of glass for both form and function; excessive amounts of light bathe the interior, but also create beautiful, black lines that give Aquamarine her lean profile. The bulkheads flow nicely along the hull, culminating in a curved bow.

Another of Aquamarine’s next-generation features are MTU’s new “green-ocean” 16V4000 M65L engines, which are rated to a total of 7,500 horsepower. While that translates to a lot of horses under the hood, these engines are actually smaller than the previous MTU generation, but have the same power-to-weight ratio. That means less fuel is required to hit the expected top speed of 23 knots. Aquamarine will have transatlantic range of 3,100 nautical miles at 11 knots.

The yacht will also be the first in her size range to have selective catalytic reduction (SCR) that reduces NOx emissions, for IMO Tier III compliance. “We evolve with our industry and comply with new regulations, but we always try to stay a little ahead of the curve,” says Conboy. “I would say Aquamarine is as green as anything that’s being done in the yachting industry today.”

In terms of missions, Conboy sees this all-aluminum yacht as a versatile cruising machine that would be suited to just about any waterway in the world. “She’ll probably attract a pretty traditional buyer,” he says. “She will have the type of owner who will use the boat in the Mediterranean, Maine or the Grenadines.” 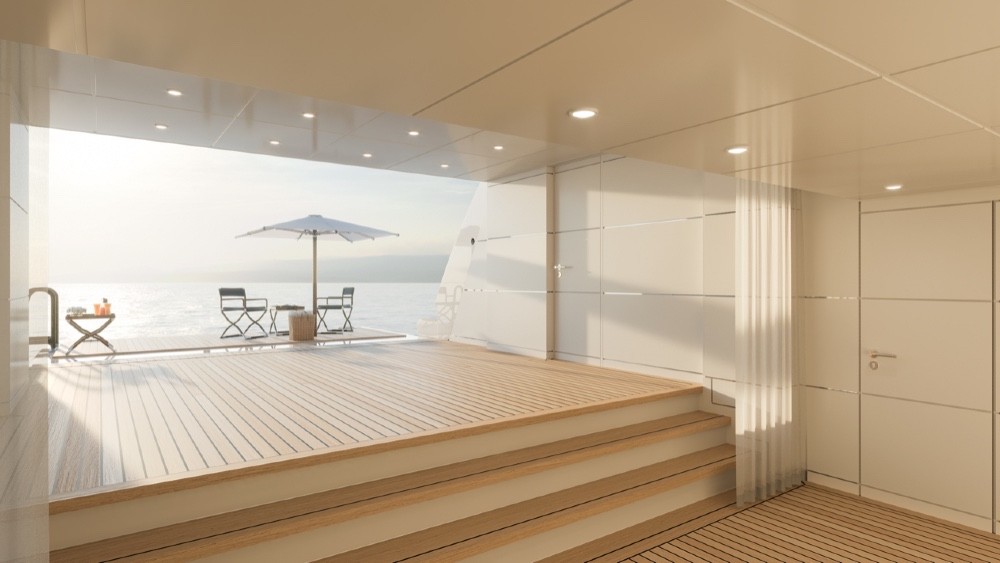 Aquamarine is for sale for $40.3 million. Check out this

as the interior is now being completed in the Heesen shipyard. Here are more images of what promises to be an exciting new generation of yachts for Heesen. 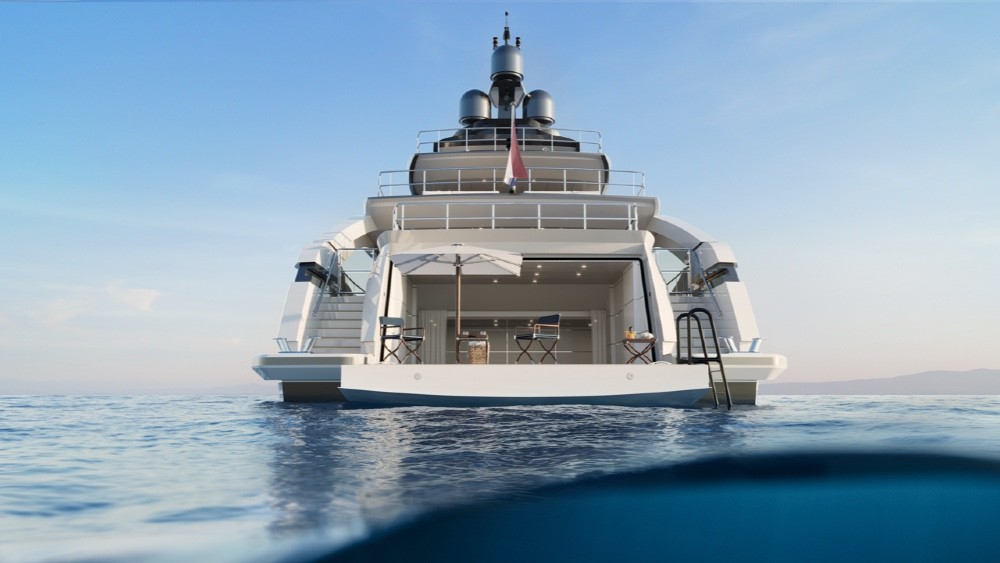 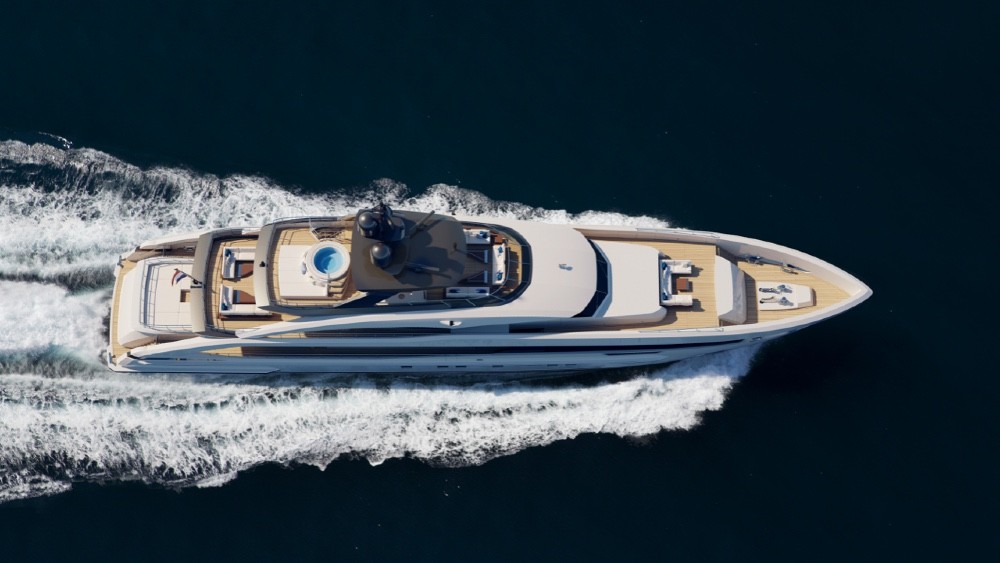 All Images Courtesy of Heesen Yachts